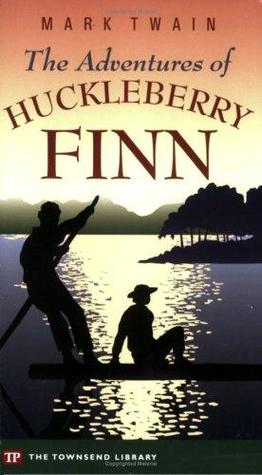 Frank Forester is carving his initials inside his desk while Mr. Livesey tells us about Mark Twain and Samuel Clements, who may be the same guy. Frank’s hands work under the lid of his desk. The lid moves up and down as he digs the knife. He has a small folding knife with two blades and a fake ivory handle. He carves everywhere, doing it by feel, always looking around to see if anyone is watching. As soon as I think he’s turning toward me, I look away.

Frank is real calm and doesn’t let anybody know what he’s thinking. You ask him a question and a lot of times he doesn’t answer, sometimes he just moves away. But when he carves, he always has squeezed eyes. And he always carves his initials, but with a third F. He carves them different almost every time, moving the F’s around, backward, upside down, touching different places, sometimes with curls or arrows or other things attached to hide that they’re three F’s. The best one is a wide F with two much smaller ones inside it.

He does them on benches, inside closets and drawers, on doors and window sills, on the horse barn, on fences, anywhere there’s wood. He gets very close to whatever he’s carving and brings his elbows in like he’s inspecting the thing. That’s when I first figured out what he was doing. After he was finished carving on a fence post, he went off and I came over and saw the Fs and the fresh yellow chips in the grass.

He doesn’t want anyone, even kids, to know it’s him because he doesn’t talk about it or show it off, which makes sense seeing as how he does it on things Dr. Israel wouldn’t want him to carve on. Dr. Israel would probably say something like, “What if we let everybody do that? Our buildings would fall down.” They’ll figure it out soon.

How many guys have those initials?  There was Fat Freddie Fitzsimmons, the great pitcher for the Giants and Dodgers, but I don’t think he went to school here, being he grew up in Mishawaka, Indiana.  I haven’t asked Frank about his secret carving.  I did ask him what his middle name is, figuring maybe it’s Fauntleroy.  Maybe he’s trying to get rid of all the F’s.  Or maybe he likes them, so he leaves them everywhere like the G.I.s did with  ‘Kilroy Was Here.’

Mr. Livesey is talking about another two guys I’ve heard of, Huckleberry Finn and Tom Sawyer. I’ve read the Tom Sawyer book.  The best thing about it was how he tricked people, especially the fence painting thing.  I like better the grown-up books that Mother gets every month in the mail.

Mr. L writes the two boys’ names next to the other two names on the blackboard.  So now we have four guys to remember. I write them in my spiral notebook. Or maybe it’s three guys because two are supposed to be the same person. Maybe the other two are one person, also, which would mean only two people. Why would anyone want two different names? Then I remember Superman and Clark Kent. And Captain America and Steve Rogers. And The Lone Ranger and whoever else he is, besides Kemo Sobby, which is what Tonto calls him, but I don’t think that’s really a name.

Mr. L likes to wander when he asks questions, which he usually answers, even if we know the answer. Whenever it looks like he’s coming Frank’s way, Frank slides his hands out of his desk and eases the lid down and crosses his arms on the desk top. When Mr. L passes by, he puts a finger on Frank’s forehead and pushes until Frank sits up straight. Mr. L never looks inside our desks. I think he knows he won’t like what he’ll find. If he ever looked in mine, he’d find what Mother would call a pigsty, one of her favorite words. Henry’s and my room is a pigsty. The A & P market is a pigsty. The Long Island Railroad station is a pigsty. Even her friend Bela’s house is a pigsty. I don’t know why I like my own mess. I don’t like anyone else’s, except Henry’s. My own stuff neat and straight and put away makes me itch.

Mr. Livesey steps onto the platform where his desk is up front by the window. He looks out at the big maple tree in the parking lot that all the teachers complain about because it drips on their car.  The tree looks like it’s been there a hundred years and has put up with people since they came. With his back to us, Mr. L reads out of Huckleberry Finn. He reads loud, bouncing it off the window.

Mornings, before daylight, I slipped into corn fields and borrowed a watermelon, or a mushmelon, or a punkin, or some new corn, or things of that kind. Pap always said it warn’t no harm to borrow things, if you was meaning to pay them back, sometime; but the widow said it warn’t anything but a soft name for stealing, and no decent body would do it.

He sets the book on his desk and taps it and looks out the window again and says, “So, gentlemen, what do you make of that?”  No one answers because he mostly tells us we’re wrong or when someone tries to answer, that we haven’t thought it through enough. Our answer is insufficient, which I looked up in the dictionary. He tries to be nice about it, but we know what wrong is.

He walks down the aisle where my desk is on one side and Frank Forester’s is on the other, but I’m one seat back. Frank’s desk lid closes. He straightens up before Mr. Livesey gets there. Frank folds his hands on the lid. He stops and looks down at Frank, who stares at the back of Neil Chakin’s head. Mr. L is still looking down at Frank when he says, “Jacob? Can you answer?”

I forgot the question.  I’ve been listening, mostly, but now it’s all knocked out of my head. “Do you need me to repeat the question, Jacob?”

“Do you also need me to repeat the last passage I read?”

“No, just the question, please.”

“What do you make of what Pap said about what he calls borrowing and what the widow thinks about that? It’s not a simple question, which is why I’m asking for your opinion. There is no right or wrong answer, just your opinion based, of course, on evidence.”

Yeah, sure. This would be the first time a question from Mr. Livesey didn’t have a right or wrong answer. But I don’t really care much about that. I’m stuck on the difference between Pap and Father, which is mainly that Father doesn’t hit Henry or me and he talks better. Pap and Father are about the same in what they think of people. But that’s not the question everybody’s waiting to hear what I think about.

“Do you believe that Pap would actually pay the farmer back, as he says, ‘sometime’?”

“So, what Pap calls borrowing is basically just a soft name for stealing, like the widow says?”

“And how is it not simple?”

I feel everybody looking at me, even Frank. “They’re hungry. The farmers are just going to sell what Huckleberry and Jim take.”

“But it’s the farmers’ property.”

“And Jim is somebody else’s property. I forget who. Isn’t that what the book is all about?”

Mr. L walks back to his desk and says, “All right, then, time for arithmetic.”

He doesn’t say I’m right, just makes us do arithmetic, which maybe is a punishment.